These new $250 headphones are designed to help you sleep

Bose are finally releasing their specially designed ‘’ after years of design, development and testing. The play relaxing sound to block out unwanted noise, rather than playing your music, and they’re also Bose’s lightest ever product at 1.4 grams. 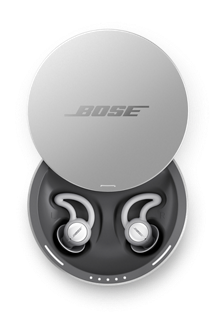 That light weight is important as the are designed to feel weightless in your ears. Equally the headphones are so small and streamlined that you won’t find your pillow pushing them further into your ear. In short, they don’t have the typical discomfort of sleeping in headphones.

The run via a mobile app which also allows you to set alarms. But don’t worry, it’s library of relaxing sounds will be updated so you don’t have to fall asleep to the sound of the same wave lapping on the same every night.

They seem to be a potentially over-engineered solution to a niche problem. the importance of sleep means that if this particular solution does work for you, it might even be worth the price tag. if this Bose product is marketable and sells designs will eventually make way for rival ‘’. This would make them cheaper and more accessible.

Will ever become a common high street buy? Watch this space.

Here's how to use the power of your computer to get free games
Tech Review: Black Shark 2, the best phone you've never heard of
TikTok launches global dance challenge to fight world hunger
Exhibition Review: AI: More Than Human @ Barbican
Google changes its algorithm for 'lesbian'
Meet the student entrepreneur who wants to turn travel into a game
Dishwashers, computers & WiFi: 6 pioneering inventions by women
Tech Review: Honor 20 Lite
The month in tech: New emojis and the return of the walkman
How to save hundreds on your next smartphone