Plymouth University's Deputy Vice-Chancellor has sent an email to all students in the wake of the scandal involving the SU's Conservative society.  The letter from Professor Julian Chaudhuri informs students that the University and the Students' Union are working together to respond to the issue and reassures them that there are "policies and procedures in place to safeguard our community and its values". 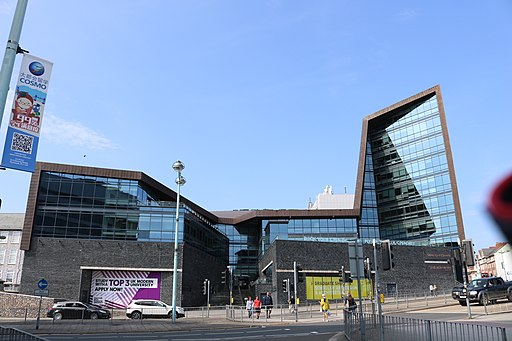 The email, which has been seen by The National Student, also explains how both organistations have a "zero tolerance approach to behaviour of this sort" and states firmly: "this sort of behaviour has no place in and does not represent our University community". Students taking part in a a Plymouth University Conservatives social event were pictured wearing t-shirts scrawled with offensive messages, including "F**k the NHS". The photo which was originally uploaded to Facebook was brought to wider attention by The Mirror who published it in their Wednesday paper.   One of the students can be seen with a Hitler-style moustache drawn on his face while another has a Star of David crudely drawn on his chest below the German word for Jew. It is not known if all the students are members of the society.  The image has caused wide-spread outrage. Local Tory MP Johnny Mercer called the students "idiots with no place in the Conservative Party", on Twitter. He also said the Conservative Party should "eject and bar (them) for life."

Plymouth's Students' Union (UPSU) has suspended the society. They've also launched an investigation which is ongoing.  A Conservative party spokesperson has said they are also investivigating and will suspend any members who are identified in the photo.