Nine students from the University of York have been banned from the city centre after rowing down the River Ouse on inflatable lilos and a blow up unicorn.

North Yorkshire Police (NYP) have hit out at the students "dangerous act" which took place on June 6th. "The River Ouse is a dangerous river and has taken too many lives," NYP York City wrote on Twitter. 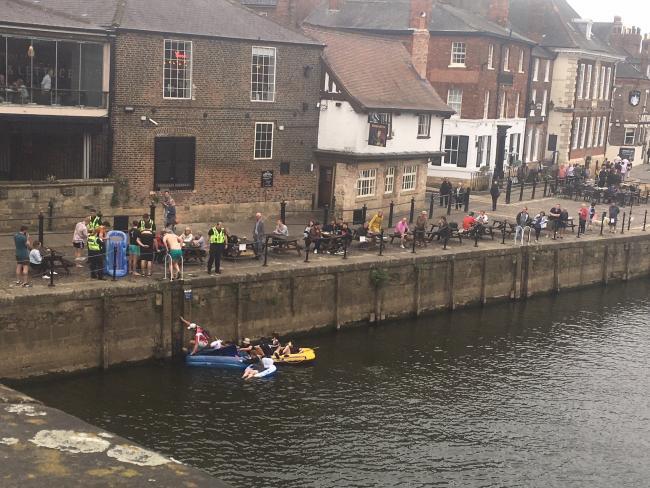 A police statement statement on the shock incident was also released: "It goes without saying that this was a very dangerous act and could have ended in tragedy. We do not want to be killjoys, but the river is extremely dangerous, especially when alcohol is involved. We strongly advise people to not enter the river and never, ever go on the river in lilos."

Numerous people have died after falling or jumping into the river, including York St John student Megan Roberts who tragically drowned in the River Ouse after a night out in 2014.

After being helped out of the river by police the nine male students were given dispersal orders, banning them from the city centre for 48 hours.

A University of York spokesman has said the university  were “concerned by the images circulating and are looking into the incident”.