Everything you need to know for the 163rd Boat Race

Reigning champions Cambridge look to hold on to their title as they prepare to face Oxford the 163rd Boat Race.

Championship Course will once again serve as the venue for the race and will begin at the Putney Bridge, go under the Hammersmith Bridge, along the Chiswick Steps, under the Barnes Bridge and end at Chiswick Bridge. Each team should be familiar with the course as it has seen the better part of all 162 races thus far.

With the race just under a week away the weather is predicted to be nice, with 17  ̊C temperatures and a low chance of precipitation. With weather like that, the crews from Cambridge and Oxford are set to have a hard fought battle. 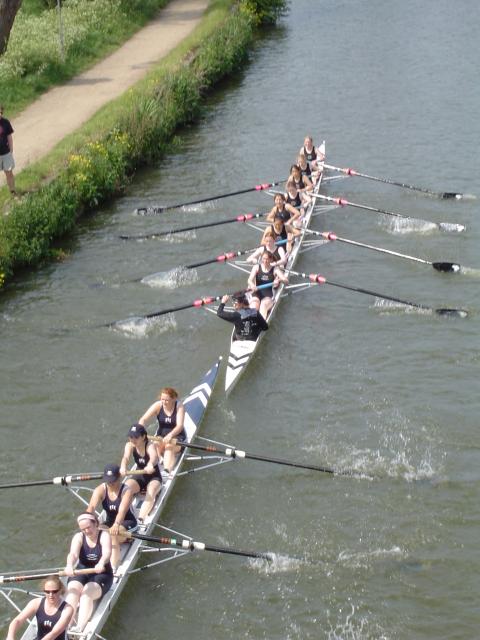 The women’s teams will be rowing before the men on the same day, and follows suit with Cambridge leading Oxford in total victories by a count of 41 to 30. Since 2015 both the men and women have raced on the same day drawing a larger audience and an eventually rebranding of the day as “The Boat Races.”

Both races will be exciting as there are an expected 250,000 fans who will be cheering the rowers on.

Come down and join the fun on the Thames or tune in on BBC1 where the races will be shown live. The women will hit the water at 4:35pm, followed by the men at 5:35pm.

Female footballers don't deserve to be paid as much as men
A look back at the record breaking Women's World Cup
Nations League: England vs The Netherlands Preview
Wimbledon 2019: Three rising women to watch out for
Breakdancing one of four new sports to be introduced at the 2024 Olympic Games in Paris
Women’s British Open: Who to watch out for
'Major sports events have a unique power to inspire people': meet Lindsay Impett, event director of the Netball World Cup 2019
Women's World Cup: England Preview
Tour De France 2019: The road to greater equality
Nations League squad announced: Harry Kane passed fit but his club team-mate is dropped