Greater Manchester Police 'under real strain' according to chief constable

Chief constable of Greater Manchester Police, Ian Hopkins,  says the force is “under real strain” due to cuts. 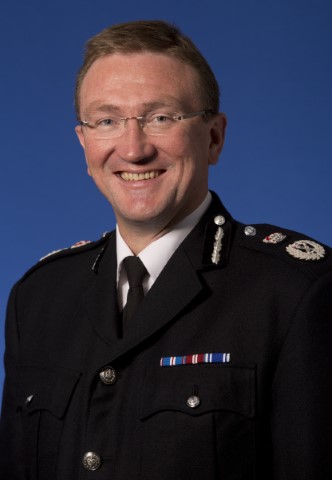 Mr Hopkins has written to all 27 Greater Manchester MPs and regional mayor Andy Burnham calling for an urgent meeting to discuss police resources and staff numbers. He believes there should be an increase in GMP's workforce rather than a decrease - which has been the pattern in recent years.

GMP has seen a significant reduction in the amount of officers: in March 2010 the force had 8,128 officers but this figure now stands at 6,297 and with further planned cuts numbers are set to fall further.

Writing on Twitter at the weekend, Hopkins praised his officers who were policing Parklife as well as a protest between anti-Islam and anti-fascist groups in the city centre.

He wrote: “Outstanding from @gmpolice officers & staff this w/e policing protest and Parklife. Real strain on everyone not just this weekend..see below.”

In his tweet he included a table which show planned changes to the whole GMP workforce from 2010 to 2020. The figures reveal that by March 2020 there will be 24% fewer staff than in 2010, and that overall this is larger than the average for England and Wales.

Outstanding from @gmpolice officers & staff this w/e policing protest & Parklife. Real strain on everyone not just this weekend..see below. pic.twitter.com/vFJXfrYax5

Speaking to The Guardian Mayor Andy Burnham said he was writing to the Prime Minister to raise his concerns:

“There’s no question about it: GMP needs more officers. They are at their limits, probably beyond them, in terms of what they are dealing with,” he said, adding: “You can’t have these things (crime rates) going up and funding going in the opposite direction. Something has got to give.”

At the moment more than 1,000 officers are investiagting the recent terror attack at Manchester arena,. Both Mr Burnham and Mr Hopkins have cited a greater risk of terrorism as putting extra pressure on police and a reason for increasing staff numbers.

Research reveals the top 10 things holding back women at work
This Week in Gaming: Sony and Microsoft team up
What impact has Extinction Rebellion actually had?
Huddersfield is the best student night out in the country, apparently
Interview with Gina Martin: the journey of a working-class gal turned activist
Universities must do more to tackle the BAME attainment gap, report says
Experts and locals warn that new Chinchero airport may destroy Machu Picchu
EU students will continue to pay home tuition fees
This Week in Gaming: Gaming Disorder becomes an official disease
SOAS lecturer elected as MEP for far-right party

Festivals 2010 - previews May to June
Review: Malta Music Week
Be the first to see The Adventures of Tintin: The Secret of the Unicorn
Gaps in university funding will hurt students
Soggy squirrel saved from pond... by three fire engines
End of an era: Alex Ferguson retires as Manchester United manager
Interview: Alexis Conran
Christmas Recipe: Spiced beetroot & apple muffins with crunchy hazelnut topping
The Dry January Diary: We did it!
Scrap the Human Rights Act to save human rights