Ireland is set to vote in a referendum on legalising abortion

The Republic of Ireland is set to vote in a historic referendum on whether to leaglise abortion the country's government has announced.

On Friday 25th of May the Irish electorate will vote on whether to repeal the Eigth Amendment of the country's constitution which restricts women's access to abortion in the majority Catholic country. 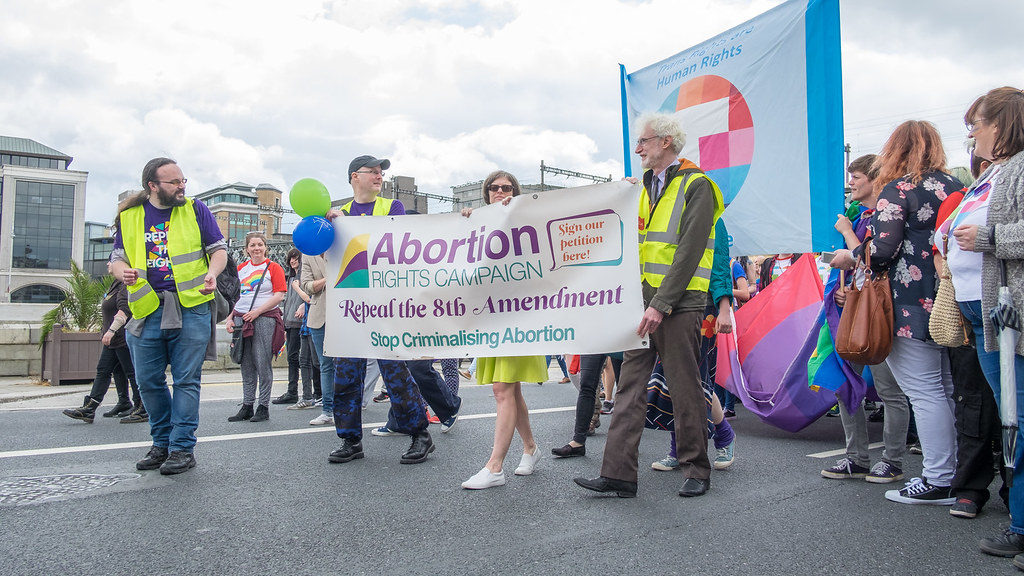 The amendment was signed into law in 1983 and states that unborn foetuses and pregnant women have an equal right to life. This is why pregnant women in Ireland are currently prohibted from having an abortion in almost all cases including rape.

As things stand, women are only able to undergo an abortion if there is an imminent and substantial risk to the pregnant woman's life, an exception that was only made legal in 2013. With the exception of Malta, this gives Ireland the strictest abortion laws in the EU.

It is estimated that 12 women travel abroad from Ireland every day to access an abortion,  so while abortions are illegal in Ireland, the constitution does not stop Irish women from obtaining access to abortion by travelling to other countries, like the U.K. This was not always the case however, as travelling to another country for an abortion was only legalised in Ireland following a referendum in 1992.

It is currently unclear which way the referendum will swing but campaigners on both sides have been very vocal.

A Sunday Times 2017 opinion poll, which surveyed a sample of eligible Irish voters from across the country, asked voters about their support for the introduction of abortion and provided some interesting results.

The poll results showed there to be majority support for legalising abortion in cases of rape and abuse, serious risk to the life of the mother, serious risk to the mental health of the mother and fetal abnormality that will likely lead to infant death. However, according to the results, the majority of voters surveyed indicated their support does not extend to abortion on demand or in cases where the abortion is requested due to the families inability to support a child financially.

Citizens who have left the country within the last 18 months are able to return to vote in the referendum where every vote will count in what may be a very close outcome. Whatever the result, this referendum is set to go down in Irish history.

Huddersfield is the best student night out in the country, apparently
This Week in Gaming: Gaming Disorder becomes an official disease
This Week in Gaming: Sony and Microsoft team up
Research reveals the top 10 things holding back women at work
EU students will continue to pay home tuition fees
SOAS lecturer elected as MEP for far-right party
Universities must do more to tackle the BAME attainment gap, report says
What impact has Extinction Rebellion actually had?
Experts and locals warn that new Chinchero airport may destroy Machu Picchu
Interview with Gina Martin: the journey of a working-class gal turned activist

Pro Plus LIVE LIKE A PRO - Terms and Conditions
Animal Beatbox
LIVE REVIEW: Chapel Club at Talking Heads
Charlie Sheen - Bi winning Dubstep
Condoms from Condom banned by court
Scottish independence - Is it good or bad?
Why your Mum shouldn't be your best friend
Recipe: Pink Lady Apple and Sausage Filo Rolls
Bored of Facebook? Two thirds of users have switched off
World War PC - is your computer part of the zombie army?