Five non-Fringe cultural highlights of Edinburgh to visit this August

Edinburgh is a place where the Medieval dances with the Georgian, the modern with the ancient. That northern light of cobbled streets, winding alleys and places to discover. In August it shines and shakes with joy and laughter... but when you spill out on its streets where can you go next? Well…Where do we start?

An active volcano 350 million-years-ago, the 430ft Castle Rock has been home to Edinburgh Castle since at least the 12th century. Towering over Old Town, Scottish rulers, good and bad, have walked within. It hosted the Black Dinner involving the Douglas clan, which inspired GOT’s Red Wedding, was where Mary Queen of Scots delivered James VI and I and couldn’t be captured by the Jacobites. It is a place of ghosts and spectres. Particular places of note are the oldest building: St Margaret’s Chapel and Mill’s Mount Battery where the One O’Clock Gun is shot.

This tiny Tollcross building is actually a cinematic marvel. It began as the King’s Cinema in 1914 and is one of Scotland’s oldest cinemas still operating. Behind the modern exterior is original architecture. Called the Cameo since 1949, it’s known for arthouse films and is involved in the Film Festival. Famous visitors include Lillian Gish and Orson Welles, Quentin Tarantino, Gael Garcia Bernal and Tommy Wiseau. The cinema’s 2005 B-Listing by Historic Scotland mean its building will remain unchanged.  Go catch a film in its historic walls… 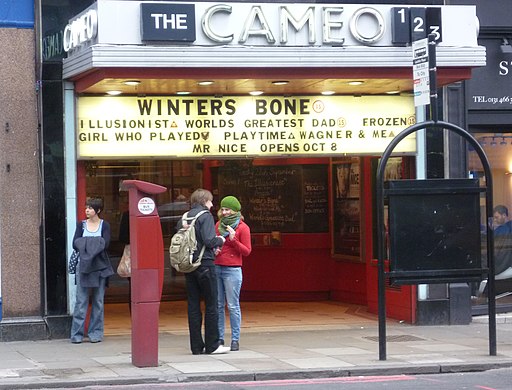 The Camera Obscura Having wowed for over 150 years, it uses natural optic phenomena to show the live city of Edinburgh from one vantage point and is the oldest purpose-built attraction in Edinburgh. It was and is marvellous. Today it collaborates “with artists, inventors and technical wizards” to show audiences a “world of wonder”. Although the Camera Obscura is the main attraction there is more. The roof offers fantastic views while the illusion museum has 150 illusions. A topsy-turvy amazing place to explore on the royal mile.

Visit a Gallery or Museum

A trip to Edinburgh isn’t complete without a wander around the many amazing museums, galleries and collections that are keeping Edinburgh’s historical and cultural past alive. The Surgeons’ Hall Museums tell the story of Edinburgh’s role as a historical medical capital. The People’s History is a collection on Edinburgh from the 1800s-late 1900s. The Writer’s Museum is dedicated to Scottish literature geniuses like Robert Burns, Walter Scott and Robert Louis Stevenson. The Museum of Scotland features collections pertaining to art and fashion, the natural world, world cultures, science, history and archaeology. the National Portrait , in its gothic revival body, houses centuries of depictions of human life in all its forms. 3000 paintings/, 25,000 prints/drawings and 38,000 photographs, the collection begins with works from the Renaissance onwards. No matter your interests there is an Edinburgh museum for you to love.

Shop Edinburgh Style The best places to shop are the Grassmarket, Cockburn Street and Mile. Walking to West Port, Edinburgh’s Soho, you will also find the city’s un-official bookshop district. Edinburgh Books have texts, “antiquarian and nearly new, 50p and £500, silly and serious”. Clarence, a water buffalo, watches over the shop from the wall. Armchair Books is perfection. overflowing with books and a place to get lost in, read a quote that sums up something in your mind you thought unconveyable and fall in love. While in West Port you can enter the Cabaret Antiques, Curios and Books shop. This is the sort of store where you can find anything.

Once you start exploring Edinburgh you won't know where to stop and will want to come back as soon as possible...
This article is part of our coverage of the Edinburgh Festival Fringe. Click here to read other articles written by our contributors.
You can also follow us on Instagram, Twitter and Facebook